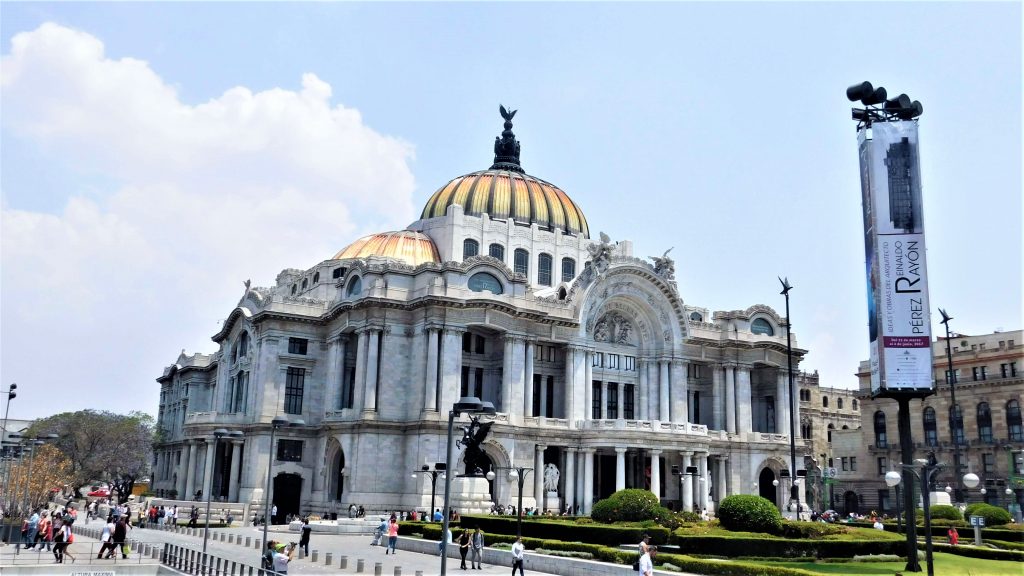 Start your day early at the Centro Historico commonly referred as Zócalo the largest plaza in whole of Latin America. It is the vibrant historic center of city that is always bustling with people. This is truly the heart and soul of the city with colonial architecture, murals in art deco buildings, museums and taquerias. Prior to the colonial period this was the ceremonial center of the Aztecs. Officially know as Plaza de la Constitución, it is surrounded by the Palacio Nacional, Catedral Metropolitana, City Hall and Government buildings. 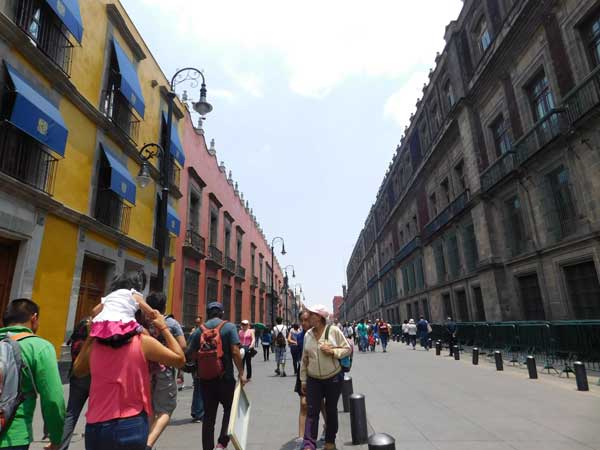 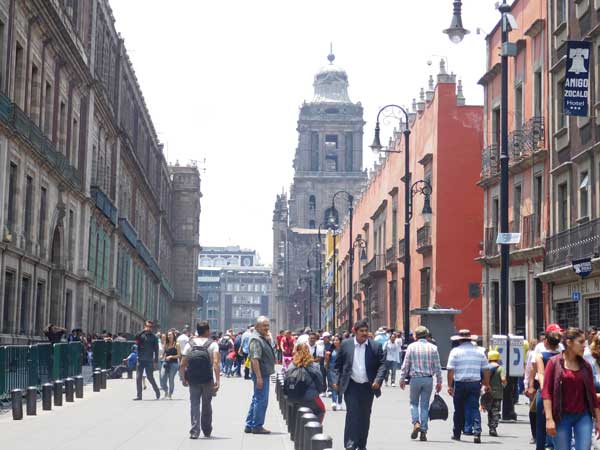 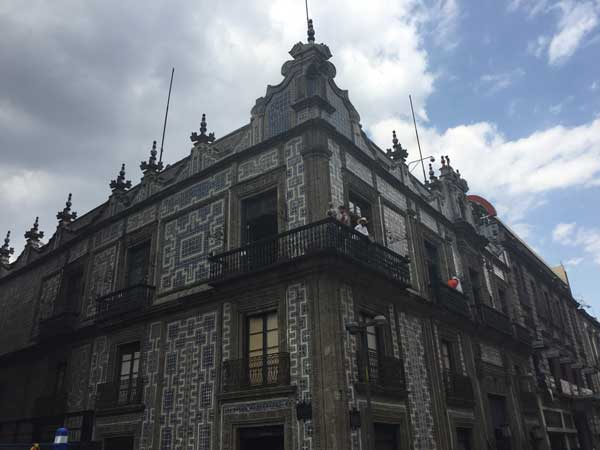 Catedral Metropolitana is the one of oldest and the largest in Latin America. Built over the ruins of the Aztec Temple its construction spanned over three centuries and the architecture is an amalgamation of different styles that prevailed during those times. The interiors are stunningly beautiful with ornate décor, the grand altars, towering ceilings, and gold coatings. One can also climb the stairs to the bell towers as part of a tour for sweeping views of the Zocalo.

Visit the Templo Mayor that Aztecs considered the center of the universe You can spend almost an entire day in and around Zocalo walking down the narrow alleys and cobblestone streets to gaze at the many art deco buildings like the Tile house, or take a tour of the Palacio Nacional  which has huge colorful murals by Diego Rivera. 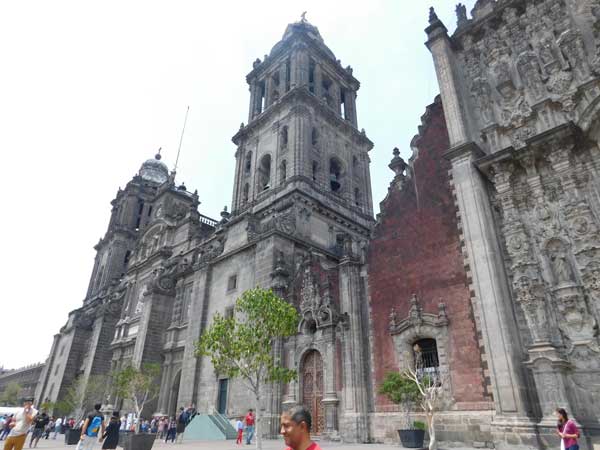 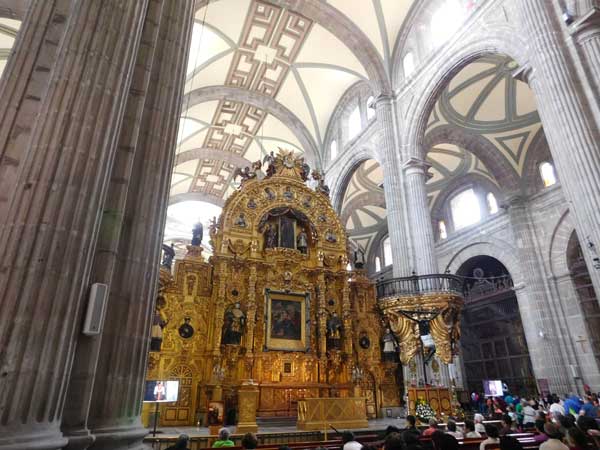 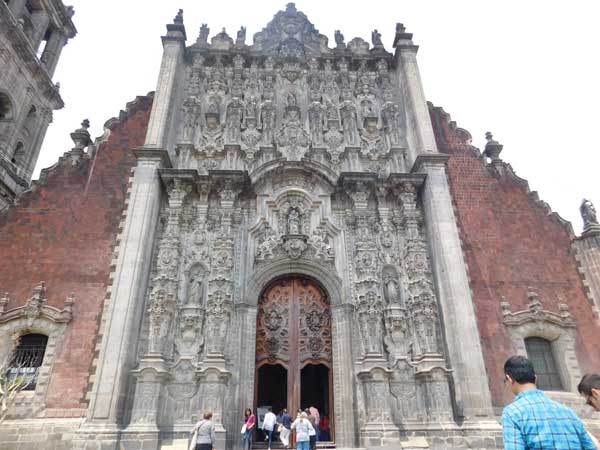 To the western side of Centro Historico is the Palacio de Bellas Artes or the Palace of Fine Arts. Often called Art Cathredal of Mexico City, it hosts notable events in music, dance, theatre, opera and literature and as well as exhibitions of painting, sculpture and photography. Next to this beautiful building is city’s oldest urban park called the Alameda Central. The area which used to be an Aztec marketplace is now a green garden with paved paths, fountains and statues. Inside the park is the. Benito Juárez Monument commemorating the Mexican president and statesman Benito Juárez. Close to the Palace is Mexico City’s iconic skyscraper Mirador Torre Latino.  There are museums and telescopes in the upper floors with an observation deck in its top floor that offers panoramic views of the city. The area around the Alameda Central Park has many musuems, shopping centers and restuarents. Once you walk down the other end of the park from the Palace of Fine Arts you will reach Avenida Paseo de laReforma. 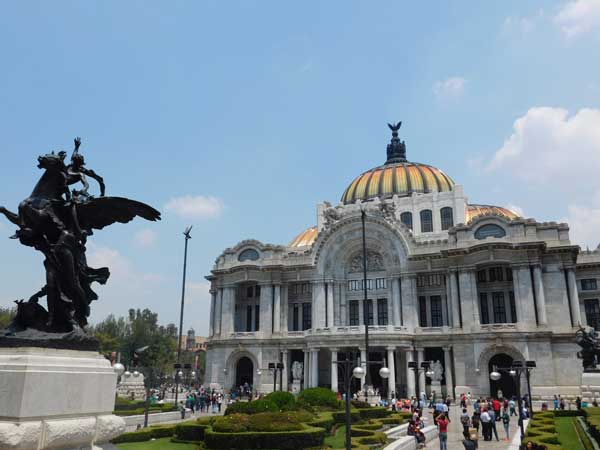 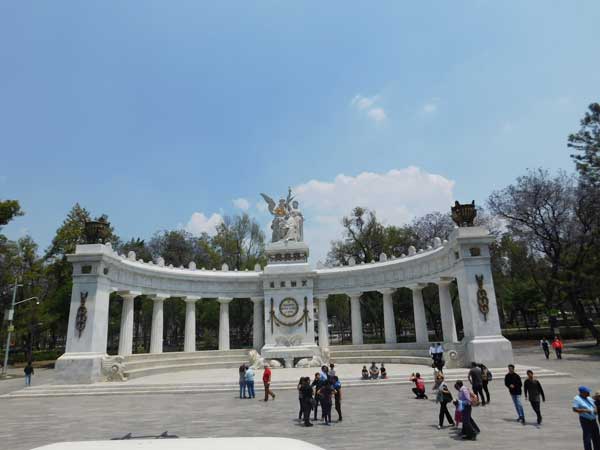 It is wide avenue 15 km long that runs diagonally across the center of the city. Modeled after great european boulevards, it is lined up with modern sky scrappers on the either side with roundabouts that houses some of city’s prominent landmarks like Monumento a la Revolución and Monumento a la Independencia..The Revoloution mounument was built to commemorate the Mexican Revolution contains tombs of the revolution hereos. An elevator takes you to the top of the mounment. The Independence monument also known El Ángelis a victory column and one of the most recognizable landmarks in city. Walking down the avenue will take you to Bosque de Chapultepec one of the largest ecological park in the in the western hemisphere. Centered on a rock formation called Chapultepec Hill, it has a zoo, a botanical garden, a recreational lake and many museums. 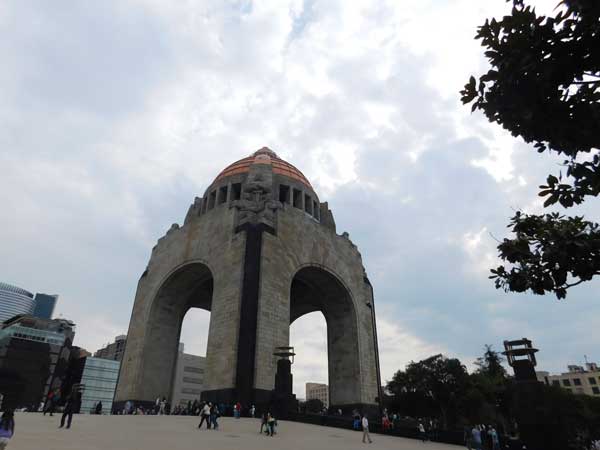 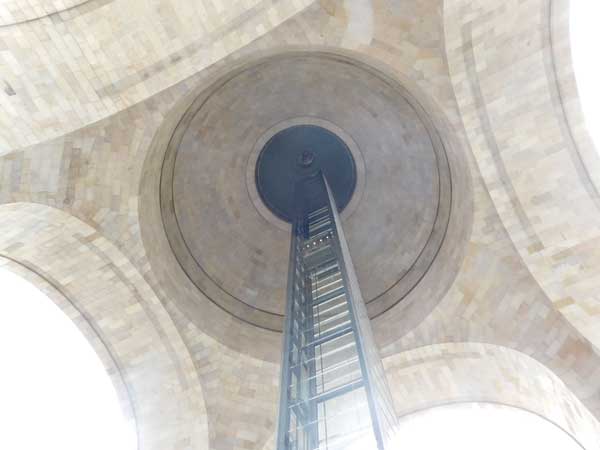 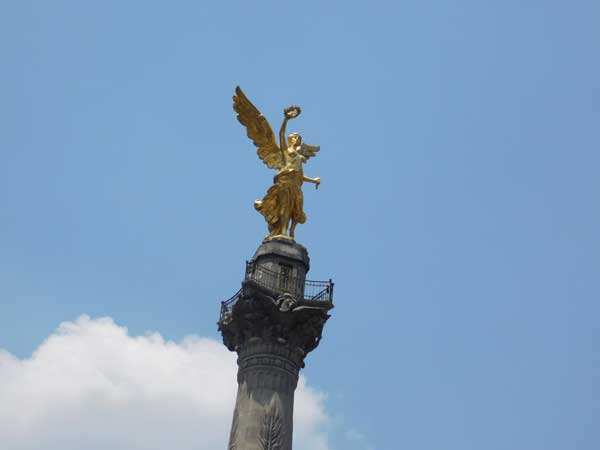 Of the many museums in the city, our favourite picks are Museo Soumaya and Museo de Frida Kahlo. Located in the upscale Polanco neighbourhood , the Soumaya museum named after the late wife of Mexican billionaire Carlos Slim is a shining example of futurustic architectiure inside and outside.  This free to enter museum is all of 6 stories high with spectacular interiors boasting of an extensive collection of artefacts and art work by old and modern european masters such as Rodin, Dali amomgst others. The musuem of Frida Kahlo is located in the bohemian neighborhood Coyoacán. Also known as La Casa Azul meaning the Blue House because of the Cobalt blue walls, it is a historic house and art museum dedicated to the life and work of Mexican artist Frida Kahlo.As one of the oldest colonial neighbourhood  Coyoacan with it’s cobblestoned streets and colonial architecture provides a glimpse of the bygone era. It has a historic center, the Jardín Centenario park, the Mercado de Coyoacanand the Mercado Artesanal. You get to savor some of the best taco in Coyoacan market and the Artesan / Craft market has some of best apparel, souviniers and handicrafts. The are numerous sidewalk cafes, laid back ice cream parlours pubsand restuarents along the tree-lined avenue. 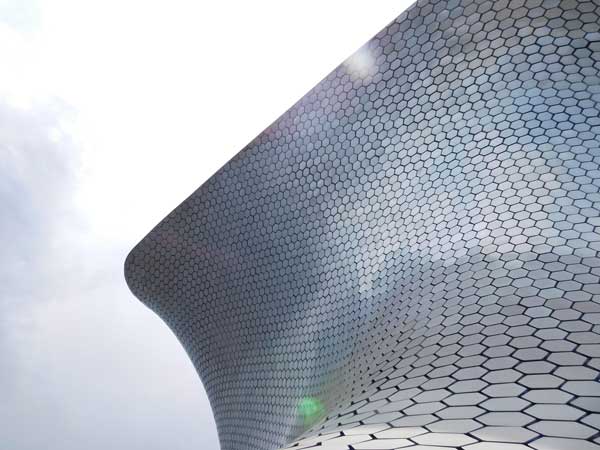 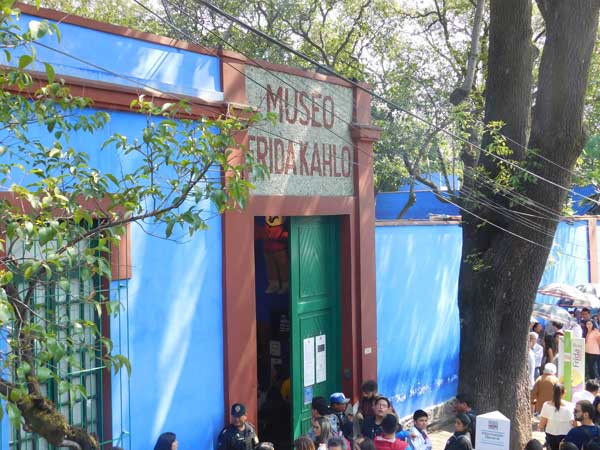 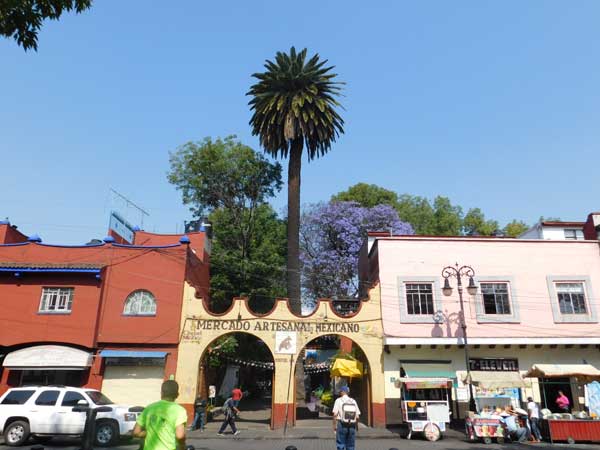 Be it Pyramids, Canals, Volcanoes or Colonial Towns, there are many attractions outside the city that can be covered in a half day or full day tours. On the southern fringes of the city is Xochimilco famous for its floating gardens and canals. It is the last remnants of a vast water transport system built by the Aztecs. It is a festive atmosphere on weekends with colorful boats taking vistors on a cruise while passing by food vendors, artisans stalls and bands. You can also visit the awe-inspiring Aztec pyramids at Teotihuacan, which is about an hour away from Mexico City. Teotihuacán has two famous pyramids known as the Temple of the Sun and the Temple of the Moon. Both of  Canals and the Pyramids can be covered in half day tours.  The one tour we recommend is a full day tour of Puebla & Cholula.

Just a couple of hours drive from the city, Puebla & Cholula are like the colonial cousins of Mexico City. On the way you also get to seethe famous volcanic peaks of  Popocatépetl and Iztaccihuatl. Puebla is known for its culinary history, colonial architecture and pottery. 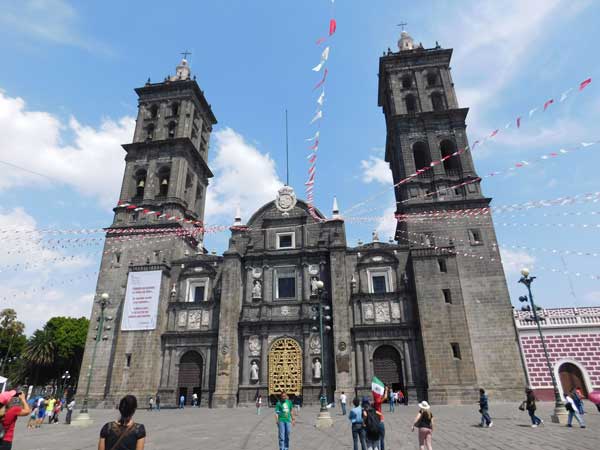 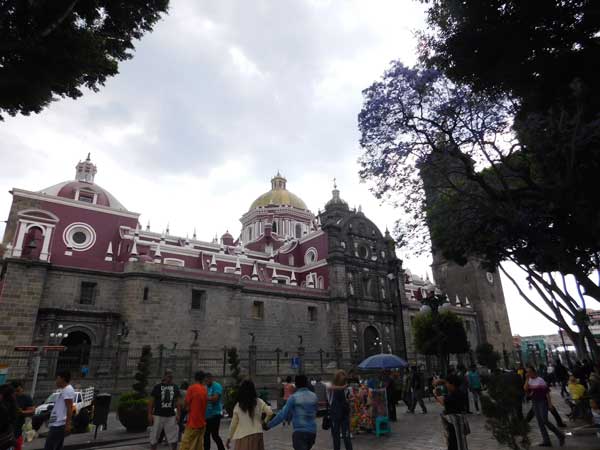 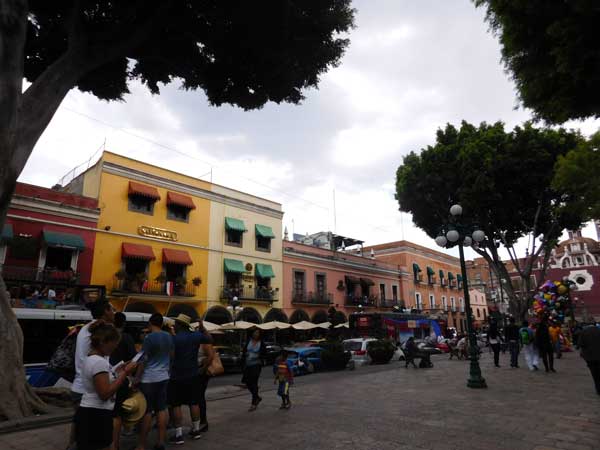 As you approach the city center, you see the dome-shaped roofs of churches and buildings, suggesting Spanish and Moor influences which arrived centuries ago. The Renaissance-era Puebla Cathedral has the tallest bell towers in whole of Mexico and overlooks the central square of this picturesque city. Adjacent to the cathedral, you’ll find the Casa de la Cultura which takes up a whole block and hosts, among other things, the oldest library in the Americas. Downtown Puebla is small but consist of hundreds of civil and religious monuments behind extraordinary facades, gardens and balconies which have been steadily added to the landscape over the years.

Cholula’s claim to fame is that it’s home to the world’s largest pyramid. Pyramid Tepanapa. It’s the world’s largest pyramid by volume; bigger than the Great Pyramid in Egypt. There is a Church at top the hill at Cholula. The hill is actually the top part of the pyramid. The views from top are outstanding with the volcanos in the back. Downtown Cholula is dotted with colonial era churches, shops selling traditional art efacts and restaurants service local cuisine. 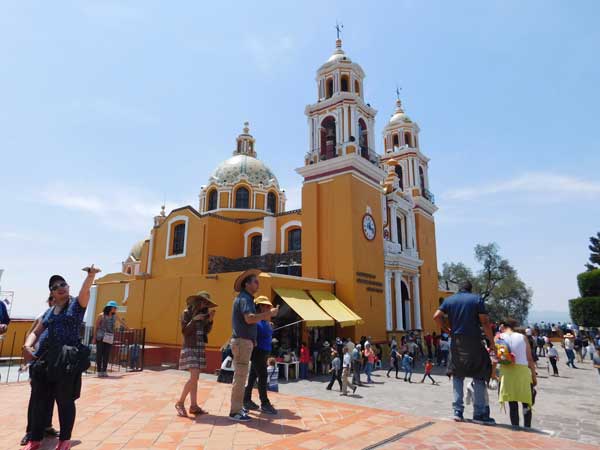 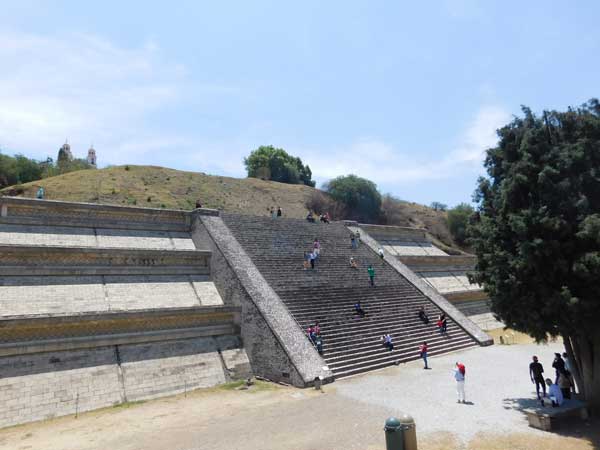 Best Place to Stay–As any big city, Mexico City has many neighbourhoods that cater to every type of travellers. Often for most travellers, areas around Centro Historico is the preferred one due to the proximity to the major attractions. Then you have the upscale and modern neighbourhoods Polanco and Santa Fe with high end dining and shopping.The twin neighbourhood of Condesa and Roma are a blend of urban and bohemian with it’s ecelectic bars, exquisite restuarents and boutiques this is a perfect for young and independent travellers. Our recommendation is for colonial neighbourhood of Coyoacán to get the feel of true mexican culture.

Best Time to visit – Mexico City is generally pleasant throughout the year due it is elevation (almost 7400 feet above sea level). The spring (March to May) and Fall ( September to November) are the best times are the best time when the weather is fairly dry and pleasant. Summer months are wet whereas Winter temperatures can drop to freezing at night.

Transportation – The best way to get around is Uber which is very cheap, and taxis are also available everywhere. The Metro system is very extensive and as a matter of fact it’s  network is second largest in North America after NYC. Most of the tourist attractions are easily accessible by metro trains with fares as low as a quarter.

Currency – Mexico’s official currency is Mexican Peso MXN. It is represented by the “$” symbol

Recommended Itinerary – A 3 – 4-day itinerary can cover most of the sights within the city but not all of them. Keep a day for day tour outside the city. Keep in mind it’s a also a foodie paradise and you will end up spending most of the evening trying out the amazing food everywhere you go.

This site uses Akismet to reduce spam. Learn how your comment data is processed.

Urge to XPLORE is a participant of various affiliate programs and you will find affiliate links throughout this site. If you choose to make a purchase via any of those links, we earn a commission at no additional cost to you. These commissions helps us to maintain this blog and cover the costs of running it. See DISCLOSURE for more details.

We love to hear Question, suggestions, comments or compliments.
Email us [email protected] or fill out the form below.

Fields marked with as * are required

This site uses cookies to deliver best experience on our website. By continuing with the page, you agree and consent with the use of cookies. Learn More